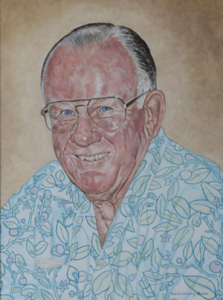 In the 1950’s, the late William Cody Kelly realized jet travel would propel winter tourism south from Florida to the Caribbean.  He set out to find the best beach in the region, looking specifically for a leeward beach that favored water sports such as sailing, swimming, and snorkeling.  On Sunday, February 14, 1960, while flying over Cocoa Point on Barbuda, he found what he wanted and in his own words, “It was Valentine’s Day and I fell in love with the place!”  With the exception of Caneel Bay, Coco Point was the first of the genuine hideaways in the Caribbean, and it has remained one of the most special to this day.  Virtually no one disputes Kelly’s conclusion about the site.  The original allure, that glorious beach, still stuns some of the most savvy and experienced travelers.  Thick, fluffy and creamy, the sand extends for over two miles in a broad, magnificent arc, cradling some of the most tranquil and inviting water on Earth.

Coco Point Lodge continues to be family-run by William Cody Kelly’s son Patrick (pictured below with his wife of 48 years, Susan) and his grandson Chapin. 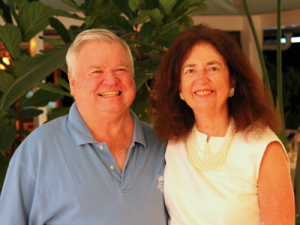